The petition with over 51,000 signatures, deposited at the Parliament by the Citizens' Initiative to Ban Fur Farms
28.09.2018 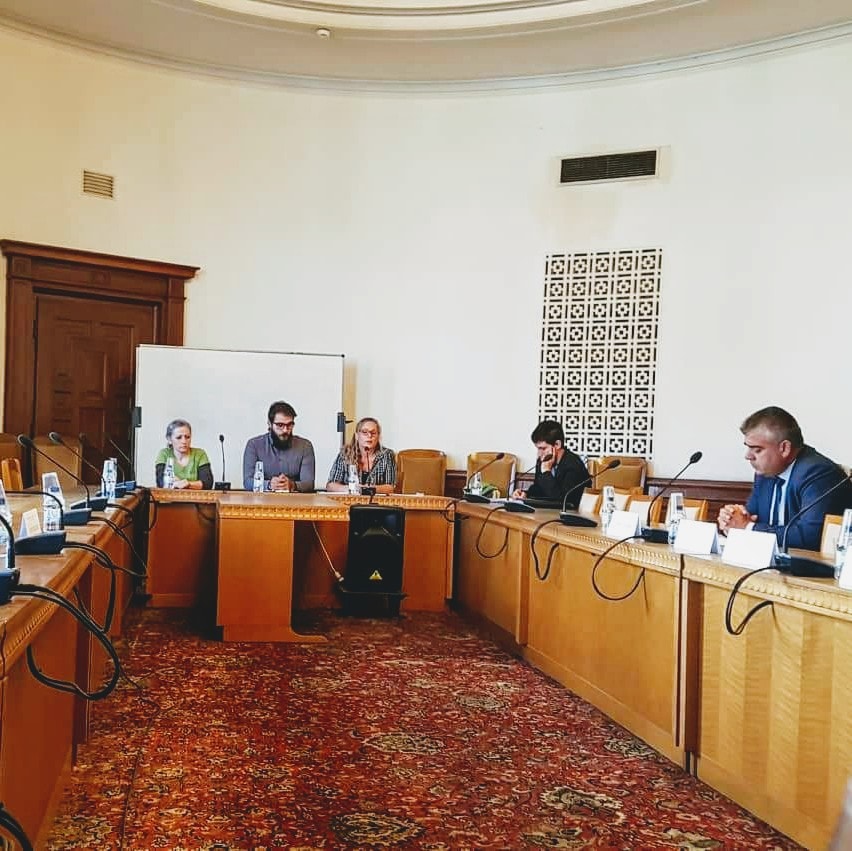 The petition with over 51,000 signatures, deposited at the Parliament by the Citizens' Initiative to Ban Fur Farms, aiming at banning mink farms, is progressing.

Before reaching the Plenary hall, the petition should be reviewed by several committees, in which we, as Initiative Committee, are going to present our arguments for certain legislative changes and we also answer questions from the members of the Parliament (who are part of the committees).

After the Agriculture and Food Committee and the Public Council from the Complaints and Petitions Committee, today we also met with the Interaction with Non-Governmental Organizations and Citizens' Complaints Committee.

The Citizens' Initiative to Ban Fur Farms in Bulgaria was the first topic on the agenda. We had the opportunity to introduce the members of the Committee to the complex ethical, social and environmental issues that are integral to the raising of animals for valuable fur.

9 from the Committee’s members voted “Yes”, 1 restrained themselves and 1 voted “Against”.

Now we expect the Environment committee to schedule a meeting and after that our proposal for legislative change is going to be deposited for voting at the Parliament. Someone from the members of the Parliament should deposit it.

Thank you for the support so far! Be with us until we reach our goal!